The purpose of the Westgate Teachers Fellowship Fund is to expand the horizons of tenured teachers in the subject areas in which they have been teaching and intend to teach in the Monomoy Regional School District. Teachers must demonstrate the advantages which their students and the community will receive in order to be granted an award. Grants are used primarily for independent studies and occasionally for graduate level studies, often at foreign universities.

In 1988, at the suggestion of friends of Dr. R.I.W. Westgate, the Chatham School Committee established the Fund in his memory. He retired in Chatham after a career as a life long teacher and headmaster. He was responsible for instituting a South Branch Foundation funded program to provide grants to Chatham school teachers for summer study programs. 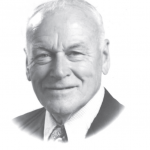 Dr. Westgate served as an elected and dedicated member of the Chatham School Committee from 1974 until 1986. Previously he had taught classics at Harvard University and private secondary schools before becom­ing Headmaster of St. Bernard’s School in New York City (1949-71), then retiring to Chatham where he and his family have owned a house since 1940.

Almost every year since 1985 Chatham teachers have earned this grant. Through the 66 grants made to date, teachers from the Chatham Schools have attended summer courses or programs at universities in fourteen countries (Spain, England, Mexico, Ireland, Bermuda, France, Canada, Guatemala, Lithuania, Belize, Guate­mala, Italy, Costa Rica and Indonesia) and ten states. While most activities have occurred during the summer, some teachers have attended night and weekend courses during the school year.

In 2012, the Westgate Fund began making grants to teachers in the Monomoy Regional Schools. Fundrais­ing is underway to increase the endowment raised primarily in Chatham. To date, almost $140,000 in grants have been made from interest earned on the principal balance. Contributors have the option of donating to current year’s grantees or to the endowment.

Community members can support the Westgate Fund by contacting Michael Westgate at vickgate@aol.com or Pam Growald at pam.arv@verizon.net.

You may download a form if you wish, HERE (pdf).

Tax deductible contributions may be sent to: