The Westgate Teachers Fellowship Fund Committee announced on March 12, 2020, that it would be funding two teachers in the Monomoy Regional School District (MRSD) in the coming year.

Sara Peters, Latin Teacher at the Middle School, will participate in a two-week Latin immersion program with teachers from around the world in Montella, Italy, called “Scholae Aestivae”. Sara has few opportunities for speaking Latin with peers on Cape Cod: “Instead I will be among the closest-to-native speakers of Latin from around the world. I will also be able to visit Roman sites, an important part of my teaching, and bring back images and videos for my students to see the life in an ancient culture.”

Thanks to the generosity of Chatham resident and Latin enthusiast, David Parker, and his contribution of $1,000, the Fund will be able to fully fund her expenses of $2,750.

John Dickson, Civics Teacher at the High School, will go to Rwanda with a group of educators, led by Carl Wilkins, and interacting with the people who helped rebuild trust between Rwandans. They will do so while exploring that country and its culture. Wilkins, who has twice visited Monomoy Schools, was the only American who stayed in Kigali, the nation’s capital, during the Rwandan genocide.

John’s experience there, and his first-hand knowledge of the Rwandan leadership in reconstituting their country, will add a major dimension to John’s exciting Global Studies program and a better understanding for all of us on the issue of rebuilding trust from a period of turmoil. The Fund will reimburse John’s expenses up to $3,000, the largest grant it has made to a single teacher.

It is John’s hope to lead a Global Service Trip for students to Rwanda in some future year, similar to the one he led to Tanzania in February 2019.

Given the impact of the corona virus, the Fund will reimburse them for their expenses in 2022 or 2023.

As Westgate Fellows, both teachers will make presentations in the community sharing their experiences.

An MRSD staff member responded to the announcement: “I always love to hear where our teachers are going and we so appreciate Westgate Fund support in getting them there! I was an exchange student several times over in my youth and there is nothing like feeling that connection with the greater world around us.”

In 2020 the Westgate Fund provided $5,000 to Chatham Elementary School’s Meghan Lampert, Elise Johnson-Dreyer, Mia Caolo and school psychologist Nicole Camp, to reimburse them for their expenses as a scouting party, visiting schools in Toronto and Ottawa in November 2019. These schools demonstrated the practice of New Pedagogies for Deep Learning (NPDL). This followed the international conference on NPDL they attended alongside leaders from around the world, from the Minister of Education in Finland to teachers from New Zealand.

The results of the NPDL initiative in Chatham Elementary School were on full display at the January 16, 2020 “Back to School” event where the students were enthusiastically dragging their parents, on a cold winter night, in to see how exciting school could be. They demonstrated some of the six C’s of NPDL: character education, citizenship, collaboration, creativity, communication, and critical thinking. The excitement of the egg drop experiment demonstrated several of the C’s. All four teams’ eggs survived a 12’ drop, to the mutual amazement of students and teachers!

“This $5,000 was the largest and best investment in the school system the Westgate Fund has made to date,” says Pam Groswald, co-chair. “The Westgate Committee looks forward to seeing the continuing results of Principal Robin Millen and the whole team at Chatham Elementary as they build on this strong initiative, and is proud to have been a part of it.”

Westgate Teacher Fellowships are made available to MRSD teachers to further their own education, broadening the horizons of teachers and students alike. The principal in the fund currently stands at $137,835, donated in honor of RIW Westgate, Chatham School Committee Member, 1972-84. Interest on the principal, augmented by current donations, has enabled the Fund to provide more than 75 fellowships totaling $150,000 over the last 36 years. Fellowships have ranged from $500 to $2500 per teacher. Funds are strictly reimbursement of teachers’ expense. The deadline for applying for the next round of funding will be in early March 2022.

The award of $5,000 was the largest given in the 35 year history of the Westgate Fund. It covered the expenses of this four-person “scouting party” to observe first-hand the ways in which Deep Learning experiences can be implemented in the classroom. While all Monomoy principals were invited to indicate interest in participating, it was the initiative taken by Dr. Robin Millen, principal at Chatham Elementary School, that led to the selection of these teachers.

NPDL focuses on the six C’s, character education, citizenship, collaboration, communication, creativity, and critical thinking. It is the hope of the Westgate Committee, Dr. Millen and the scouting party, that the lessons learned by these teachers will be shared throughout the district.

One previous award by the Westgate Committee enabled a team of teachers from Harwich Elementary School to visit the New School in St. Louis, MO. to learn about Using Students’ Multiple Intelligences. Another went to a team of two teachers observing earth sciences in Hawaii. The day of their arrival they experienced a tropical storm, an earthquake, and erupting lava. The 7th grade students of one teacher then taught the 3rd grade students of the other about earth sciences. Those interested can find details on past funding and the procedure to apply for future funding on the website here: westgatefund.org/guidelines-for-applying/.

Westgate Teacher fellowships are made to Chatham and Harwich public school teachers to further their own educations. The principal in the fund currently stands at $140,000. Interest on the principal, augmented by current donations, has enabled the Fund to award more than 70 fellowships totaling $150,000 over the last 35 years. Fellowships have ranged from $500 to $2500 per teacher. 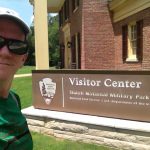 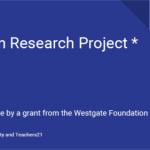 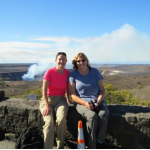 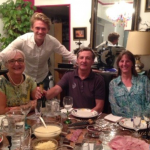 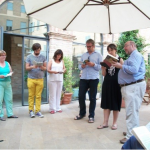 Mary Crowley, Harwich Elementary, went to the University of Galway to study the Irish educational system. 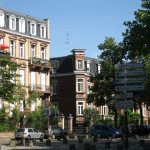 Leslie Travis, High School World Language, went to the University of Strasbourg for an intensive program in French Language and the European Union. See More 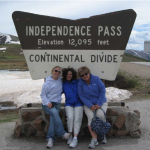 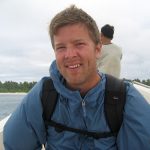 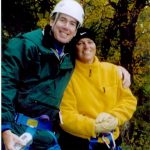 The Committee wishes to acknowledge all the work of Woody Prosser who, since its inception in 1988, served as Treasurer for the Fund. He and his family were generous in their financial support, as were his friends who contributed in his name at the time of his memorial service.

Tax deductible contributions may be sent to: